The conflict over the role in Colombia may end with the peace agreement between the Government and the FARC in November 2016, but the truth is that violence remains a reality that is very present today in the lives of many Colombians. And yet, the State’s response to the needs of those who continue to be displaced or confined is not adequate.

The department of Nariño (southwest) is one of the places where “the conflict has been accentuated” due to the actions of the “multiple armed groups” that operate there, explains the person responsible for humanitarian affairs of Doctors Without Borders (Europa Press) MSF) in Colombia, Marisol Quiceno.

Between the end of 2019 and the beginning of 2020 the NGO has verified at least seven mass displacements and four population confinements in several municipalities of Nariño, which has affected 14,000 people, which, according to Quiceno, “have not received a timely response and adequate by the State. ”

The displaced or confined population in their homes cannot meet their basic needs, such as food, but the education of children or the access of adults to their workplaces is also affected. If they are out of their path “they cannot leave for fear of clashes and threats,” explains the head of MSF.

Quiceno gives as an example the case of Olaya Herrera, where almost 700 displaced families had to spend Christmas in makeshift camps and where only half of them received assistance two weeks after leaving their homes, while the rest received no help until MSF and Mappa consortium did not arrive.

In the case of Roberto Payán, where some 3,500 people have been displaced by armed confrontations, a first group did receive food aid from the Government Victims Unit, while the second has not received any assistance, so most have returned to their homes, where they are confined, waiting for help to arrive.

The head of MSF also denounces the situation in Magüí Payán, “one of the most forgotten municipalities in the area” where the 600 people who had been displaced since last year joined about 320 at the beginning of February. After three days waiting for help from the authorities, they had to return to their homes, “endangering their lives,” he emphasizes.

Among the arguments put forward by the authorities in the face of the slow response is the fact that “resources are insufficient” since the item for 2020 is not yet available. Another added problem, as Quiceno explains, is that in order to provide emergency assistance it is necessary to make a census of the affected people, but it is not carried out since insecurity prevents access to the areas and the security forces do not authorize it. .

In spite of everything, insists Quiceno, the displaced and confined population should “receive timely and constant attention” throughout the year, something that is not happening now. “In some cases the answer comes with weeks of delay and sometimes it never comes,” he laments.

Therefore, from MSF they demand that the Government of Iván Duque “improve their response to mitigate the effects on health, and in particular on mental health, and activate immediate responses.” While this is happening, at the moment there is a “very limited response from NGOs”, hence the one in MSF that they feel that their work “is not doing enough because the magnitude of the situation is large.” 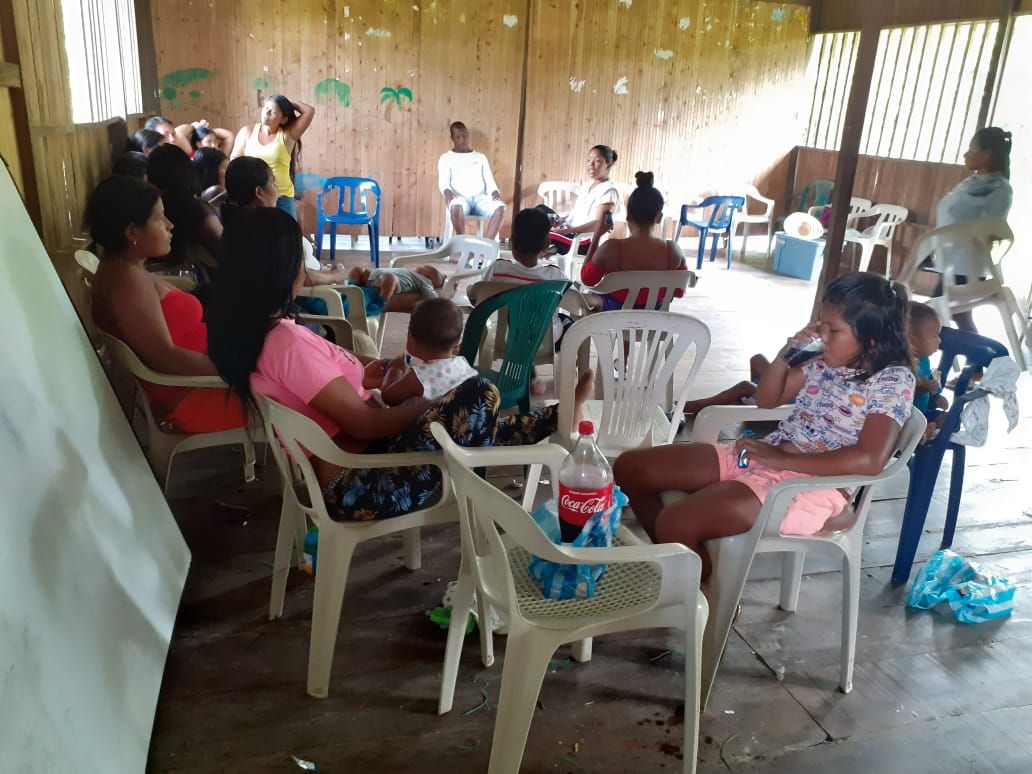 According to Quiceno, the physical health problems detected in displaced or confined people have to do with the conditions in which they live, mainly problems of lack of water and sanitation, so cases of gastrointestinal and skin conditions are detected. In most cases “they tell us that they have recently had access to medical services,” he says.

ANXIETY AND DEPRESSION BETWEEN THE AFFECTED

But where the impact seems greatest is on mental health. Being displaced generates “a sense of uprooting”, in addition to breaking the social fabric, which exacerbates feelings of “sadness and hopelessness, even difficulties in making decisions.” According to Quiceno, “psychosomatic symptoms such as headaches or sleep disturbances also arise.”

The “restlessness and anxiety” that the displacement already generates is exacerbated by the “concern for relatives left behind” from which it is not always easy to get news. All this, according to the head of MSF, ends up leading to diagnoses of depression and anxiety. ”

The impact of this continuation of the conflict comes to add to the “emotional suffering” lived for years by many of the citizens during it. These cases, acknowledges Quiceno, “are more difficult to treat.”

PAY ATTENTION TO THE CONTINUATION OF THE CONFLICT

Thus, from MSF they defend the need to “once again have a look at the impact of the armed conflict and violence in Colombia.” “It was thought that at the moment there would be peace but what we are seeing is that this is not the case and the fighting between armed groups continues, the harassment continues, assassinations of leaders, threats among other situations that have an impact on the population”, Quiceno laments .

Although he acknowledges the humanitarian challenge that Colombia also represents the presence of more than 1.6 million Venezuelan migrants in the country, he asks the international community not to forget the areas that are still affected by the armed conflict, between which is Nariño. “There are not enough funds” for either situation, complaint.

At least seven killed by two avalanches in northern Colombia

First case of coronavirus in Brazil, pending a second analysis